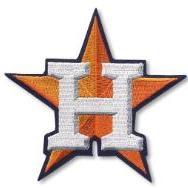 Here's a view from last night.