City Place: New Community At I-45 N. And Grand Parkway Next To ExxonMobil 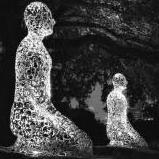 HP is moving its HQ to Houston   https://www.cnbc.com/2020/12/01/hpe-is-relocating-headquarters-to-houston-from-california.html