Where there ever gangs in the Cypress Area? 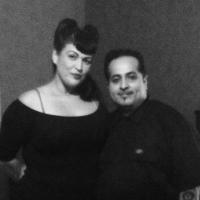 By Samuel Herrera,
July 5 in The Great Northwest