Reminisce about past structures of near East End

the sears store on the corner of Harrisburg and wayside had a large mechanical santa during the Christmas season. he was automated and would rock and cry out ho ho ho. you could hear it all over the n

Just looked it up for you guys....it was Carpet World. So obvious, NeneE, after your description of the sign! 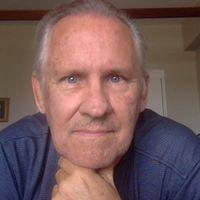 Thanks for the info gnu, it jogged my memory just enough to remember the name "Vic" associated with Carpet World which led me to an obituary for William Blackmon which in turned mentioned his business