The RO: Mixed-Use Development At West Alabama And Buffalo Speedway 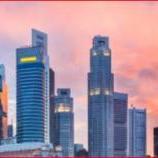 It's alive!!! Activity has started at the RO. Today there were a couple of heavy-duty electric utility trucks (eg, Centerpoint) inside the fenced in compound. Another truck or two on the outside,