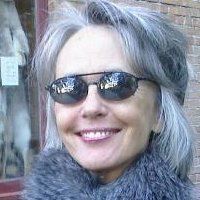 Clearing out the topsoil.