Your Game Console of Choice 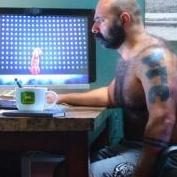 By Pumapayam,
November 15, 2006 in Computers, Technology and the Internet

Really? How shocked would you be if I told you that I have never owned ANY of these things, and have never bought a single game? Out of curiosity, how much do some of you guys spend annually, or

people are camped outside the circuit city over here by the galleria. as for the PS3, i don't even bother with my PS2 anymore.

I own three games plus an Xbox console, so thats what 300-350 range total, plus $5 a month for for xboxlive. I finally caved in and bought one when HALO II came out because I'd been addicted to playin