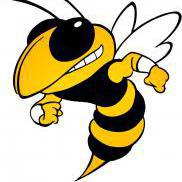 I like it a lot in it's simplicity and it's history. So I'll repeat my thoughts anytime someone calls it ugly.   Apart from it's height, you could teleport/swap it to the Shinjuku District i