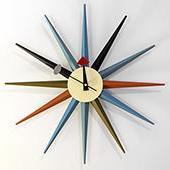 Some of us are so damned old we still think of it as the Humble Building. My dad worked there when it opened in 1963. I got a molded plastic model of it from the Mold-A-Rama machine on the top floor.