L.A. Fitness, Bed Bath and Beyond to invade the Heights

After sitting through 6 red lights traveling north on Heights at I-10 at 3:30pm, I'm looking forward to more car-dependent businesses opening up nearby.

This site is being prepared.  Expect outrage over tree loss at any moment. 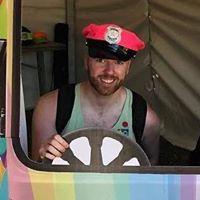 I really don't get why there must be a Mattress Firm on every corner...I'm willing to drive a little for my "Once Every 8 Years" purchase.