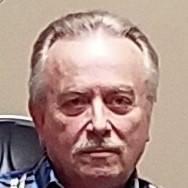 I worked plays at the Houston Music Theater (theater in the round, Sharpstown) in the early 1970s, doing sets and lights. I believe it was an organization set up by Chris Wilson, but I do not remember